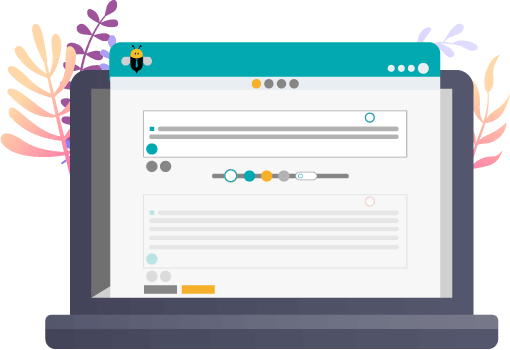 Meeting Management Solution for your Board, Executives and Teams

Presentation of the Beenote Solution

Discover the main features. Ideal for teams who want to improve their meetings

Presentation of the Beeboard Solution

Why Choose a Meeting Management Solution?

Learn more about the benefits of choosing a meeting management solution

Compare Beeboard with other Board and Executive Solutions

Schedule your meetings directly in your Outlook calendar

Automatically check your agenda or minutes with the Antidote corrector

Apply good governance in your board

Simplify the management of your executive committees

Structure your team meetings with the right tool

Document your videoconferences with Beenote

Towards simplified and centralized digital governance

Save time in the meeting management process

Propel your NPO towards better governance

Stay tuned for the latest features of our tools

Learn how to set up and use our solutions

Calculate the cost of your meetings

Use one of our templates specific to your meeting

Check the important things to include in your meetings

Hold a meeting or not? Check out this decision tree to make your decision 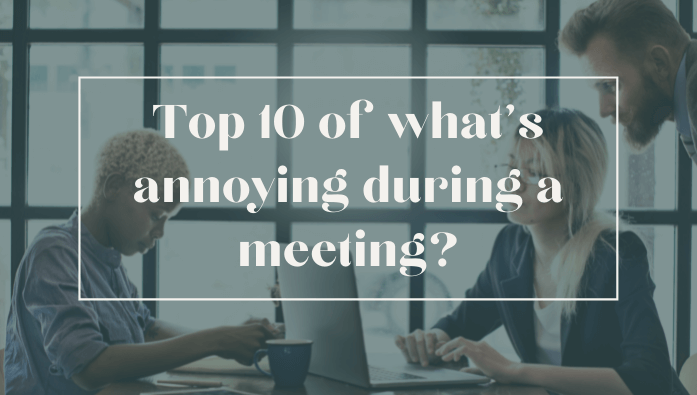 Meetings are an important part of the lives of workers. A house survey revealed that 62.1% of people participate in 10 meetings a month, at least, and some even attend 30 meetings every month.

Despite all that time spent in meetings, several annoying patterns remain very present. We spend a lot of time holding meetings, but not enough to solve the problems associated with them.

Regardless of a specific order, we have compiled for you a list of major irritants experienced during meetings. Certain situations will probably sound familiar to you!

1- Talk about an unexpected topic

2- The meeting’s goals are unclear

This point is closely related to the previous one. When goals are poorly defined, discussions are going in all directions, increasing the level of dissatisfaction among participants. They then feel that important issues are not addressed and that more attention is paid to other subjects. It even happens that some decisions are completely forgotten.

3- Lack of preparation of participants

This situation probably looks familiar to you. Some participants need to present a point during a meeting, but their lack of preparation is evident. Perhaps they haven’t done their job well, but maybe they didn’t understand that they were responsible for a point. In all cases, there’s a problem.

BLOG  How to organize a successful board meeting in 7 steps?

Tired of spending 10 minutes listening to your colleague tell stories that absolutely don’t interest you?  The majority of people who responded to our house survey also hate wasting their time during meetings.

You’ve probably seen one of your colleagues having difficulties starting his PowerPoint presentation. Technical problems are common in the workplace. To make sure this situation doesn’t happen, make sure that everything works before you go to your meeting and, above all, remember the procedure to start your presentation.

People who arrive late to meetings are making everyone lose valuable time. It’s really frustrating. To make sure they stop doing this, don’t wait for them to start the meeting. They will eventually get the message and arrive on time.

7- Being invited for no specific reason

Have you ever attended a meeting without understanding why you were invited? Probably, since it would be a major inconvenience, according to our home survey. What’s worse than wasting precious time in a meeting that doesn’t concern us?

An important task has been assigned to you during the previous meeting and you believe that you’ll need to talk about it during the next meeting. You work hard to deliver everything on time, you’re ready. Then, finally, no one talks about the task that was assigned to you. Frustrating, isn’t it?

BLOG  6 similarities you don't know about bees and the workplace

Of course, meetings are designed to discuss. However, a long discussion that leads nowhere is not really useful. All the discussions held in a meeting must be made according to a specific purpose and respect the time initially planned on the agenda.

Some people really like to assert their ideas in meetings. Sometimes, they can even interrupt others, which is not very polite. It’s really unpleasant for someone not to be able to express his entire thought on a subject. Also, never forget that people are not all comfortable with public speaking. If they are frequently interrupted, they are less likely to interact.

Solutions to what’s annoying during a meeting

But how can we put an end to all these inconveniences? Well, know that good planning of your meetings can help you solve many of those problems.

You can also start to use Beenote, a software that helps you to go throughout the meeting process. Beenote allows you to:

A well-planned meeting will surely eliminate most problems.

For the human side, you’ll need to be patient. If you have problems with your team members, a one-on-one meeting may be required. You’ll be free to talk and you will probably solve some problems.

And you, what bothers you the most when you’re attending a meeting? 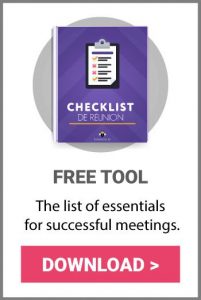 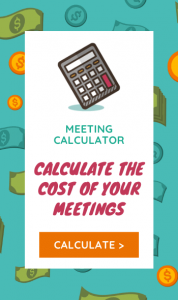